Orange City Council’s biggest array of solar panels has been installed on the roof of the Orange Aquatic Centre.

The Council appointed local supplier Kenjarhy Solar to install the 100 kw system in a deal which will see no upfront costs.

“Over the years, the council has installed a number of solar arrays on community buildings around town. There’s a large one on the works depot roof and at a number of the council child care centres, and at each of those facilities there’s been major savings,” Cr Reg Kidd said.

“Many council facilities use most of their power in the daytime when solar panel generation as at its peak.

“As panels become more mainstream, Australia’s business community is seeing opportunities to get involved and so the council is trying a new financial basis for this latest project.”

The Aquatic Centre project went out to tender earlier in the year and the tender was awarded by the council in June.

Under the agreement, Orange firm Kenjarhy Solar paid for the panels and the installation, and will then sell the power generated back to the council at a rate that will be less expensive than the current rate from the grid.

The arrangement lasts for 15 years and then the array will become the property of the council.

Under the deal, the council could in future years opt to buy the array.

Kenjarhy Solar Managing Director Brad Draper said he was pleased to have made a contribution to a key community facility like the aquatic centre.

“It’s great to see a key community project that delivers benefits for the environment as well better value for rate-payers,” Brad Draper said.

“The Aquatic Centre uses both gas to heat water and electricity to power filters and space-heating, so the solar panels won’t be meeting the facility’s entire energy needs, but they will be making a difference.”

“We’re an indigenous-owned business. As well as our own staff we’ve employed a number of indigenous labourers on this project.” 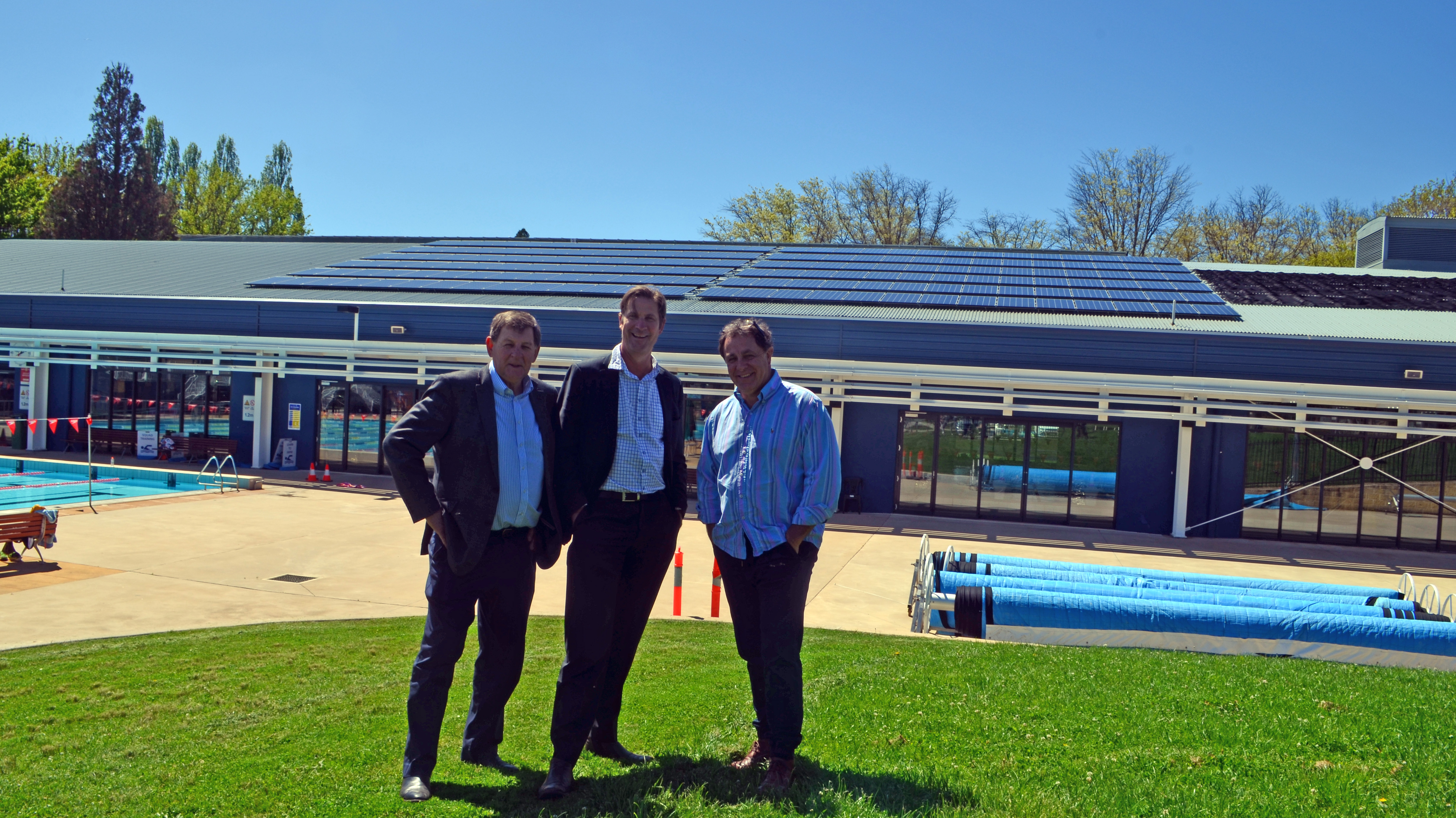