No analytics or social cookies have been enabled on this site. There are no cookies to review.

You need to be signed in to add your comment. 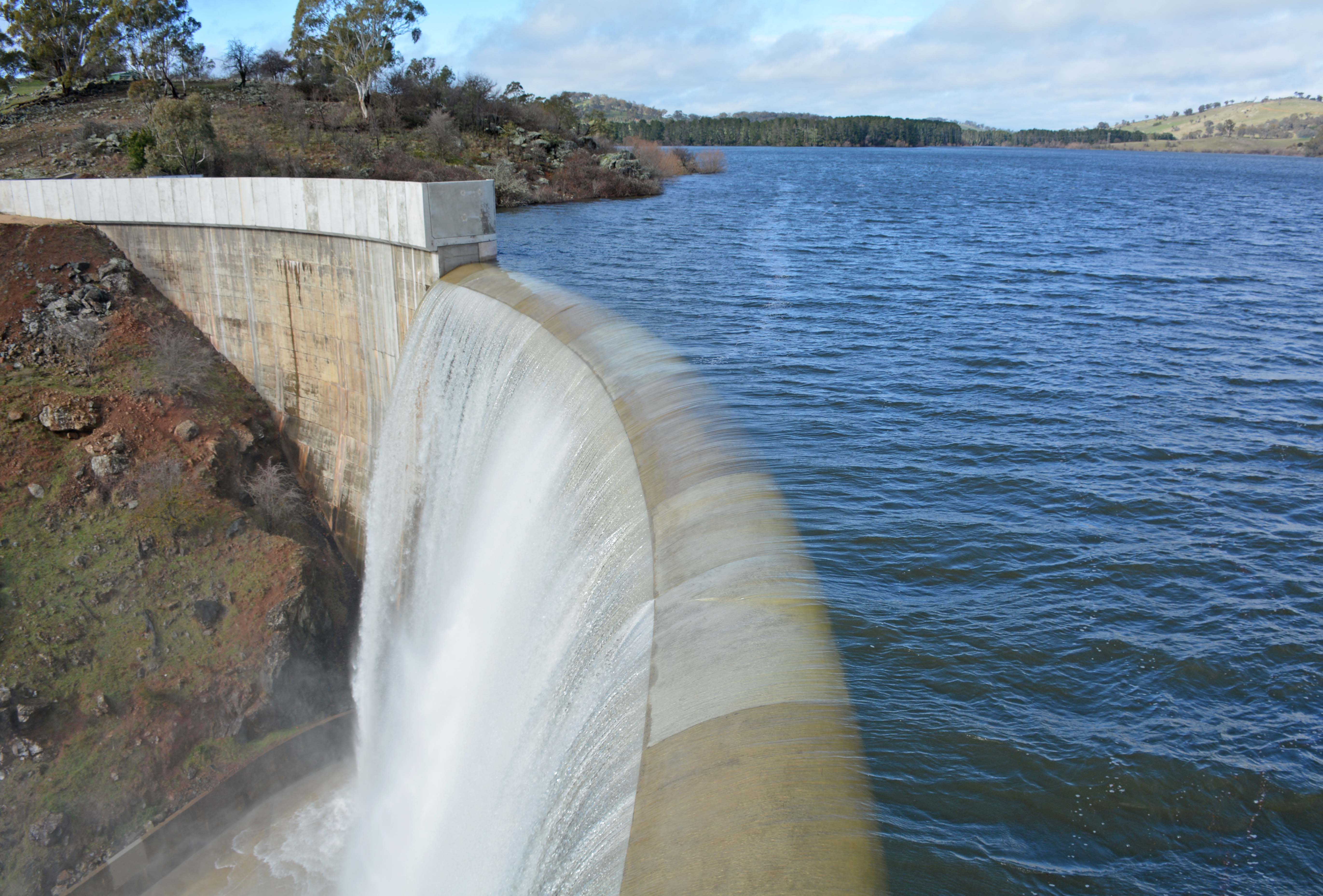 Watching water cascading over the top of the upgraded Suma Park Dam wall was "fantastic" and "satisfying" for the brains behind the project.

Entura Specialist Dams Engineer Paul Southcott designed the one metre upgrade and was present for the official opening last week.

He said it was fantastic to watch the water flow over the top of the wall and rush towards the stilling basin in the manner he intended.

“I really love the new stillway and I enjoyed seeing it… working as we designed it to,” he said.

“The stillway is designed to dissipate the energy of the water as it falls down.”

Part of the design process involved the team creating a computer model of Suma Park Dam.

A “water load” or pressure was applied to the 3D design allowing engineers to measure the stress points in the concrete wall.

So when it came to the real thing they knew which points were weaker than others.

“Solid concrete... will deflect as the water load changes, the deflections are very small and the computer models can show you that deflection as well.”

Precast parapet wall slabs were designed and built away from the dam wall and then brought in and placed on top of the existing dam wall in order to increase the height.

A wheeled crane was used to place one piece and secure it, then it would drive along that piece to place the next piece, 87 times until all of the concrete slabs were secured.

“I think it’s innovative, we haven’t used this design exactly before,” he said.

The $18 million, one metre wall upgrade was officially opened on Friday by Mayor John Davis and Duty MLC Sarah Mitchell and Mr Southcott said he was grateful he played a part in securing Orange’s water supply.

“It’s a fantastic feeling to see the results of all your hard work at the office come to fruition and something that the community gets a great resource out of.

“That’s what I find fascinating about my job that’s why I do it.”

Track the progress of the Suma Park upgrade: